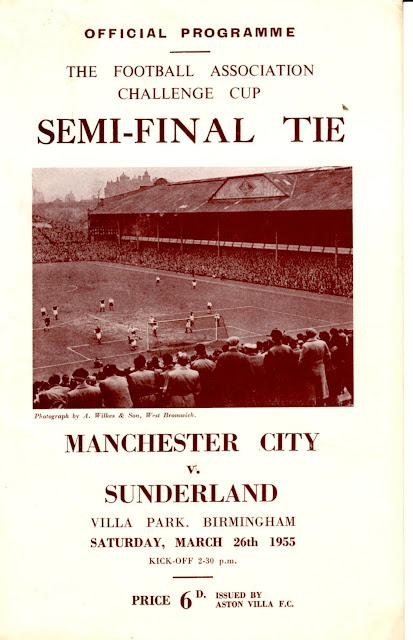 Sunderland created something of a surprise by omitting their leading goalscorer Ken Chisholm, who had scored five of Sunderland's eleven cup goals. Manchester City were without Johnny Hart, who has a broken leg and Scottish international Bobby Johnstone played in his first English cup-tie. The ground was completely waterlogged and rain was still falling, the players ploughed up great furrows as they moved about the pitch and the conditions looked all against good football.

In Manchester's first attack Johnstone was obstucted inside the penalty area and following Paul's indirect free kick the ball was stuck on the Sunderland goal line before being scrambled away for a corner. Fagan had two good chances for City but shot wide on both occasions. Then a more accurate effort from the same player was headed off the goal line by Hedley and Clarke running in had his shot saved by Fraser, who did not look too happy when handling the greasy ball. 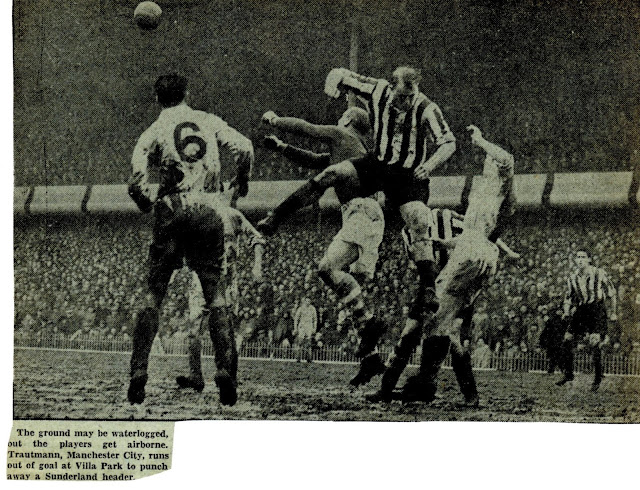 City were playing the better football, but their final pass was always intercepted by the solid Sunderland defence in which Daniel was outstanding. Shackleton put a grand through pass to Purdon who lobbed the ball just over the bar. Then Sunderland had the best scoring chance so far when Trautmann came well out of goal to punch clear a centre but the ball went straight to Charlie 'Cannonball' Fleming, about fifteen yards out, in the centre of the goal. He sent in a powerful shot with Trautmann still on the ground but the ball struck the goalkeeper as he was getting up and deflected luckily over the bar. A real let off for City. Half time 0-0.

In the fifty eighth minute of the match Manchester scored the only goal of the match and it was a goal in keeping with the excellent standard of football played by both teams in such atrocious conditions. Hayes, with Johnstone, the spearhead of City's attack, sent across a centre from the drier reaches of the right wing and Clarke running in at full speed, flung himself full length to head the ball brilliantly into the corner of the net.
He landed face down in the mud, from where he was dragged by his delighted team mates. 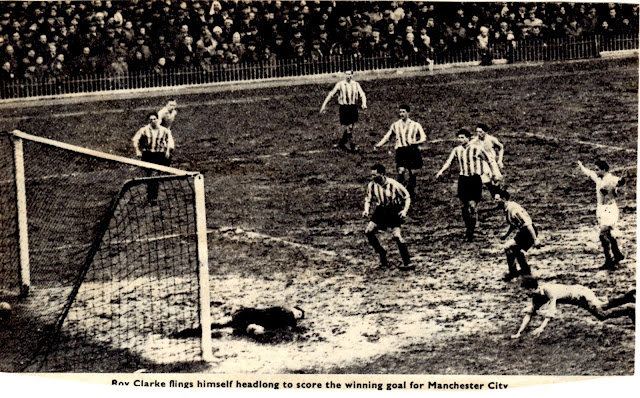 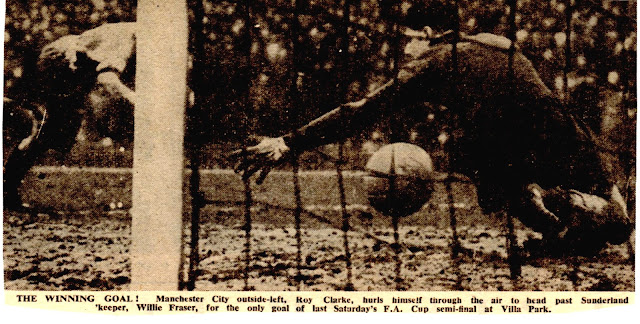 Shackleton now made a great effort for Sunderland showing all his tricks, but the City defence held firm, with the towering Ewing ploughing through the mud in the centre of the field and Trautmann unbeatable in goal. Clarke had to leave the field shortly before the end, covered in mud and exhausted by his great effort which had taken Manchester City to Wembley. 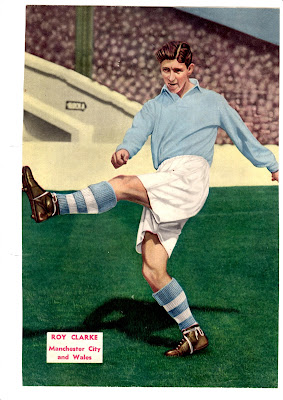