As we have seen Wolverhampton Wanderers won the first division title, the runners up were Manchester United who finished six points behind Wolves. The leading goalscorer in the first division was Jimmy Greaves of Chelsea with 33goals. Aston Villa and Portsmouth were relegated.

In the FA Cup Final Nottingham Forest beat Luton Town 2-1 at Wembley. Dwight and Wilson scored the Forest goals within the first fifteen minutes of the game, but sadly Roy Dwight broke his leg and Forest had to play for two thirds of the game with only ten men.
One of the highlights of the competition was the amazing cup run of Third Division Norwich City.
They reached the semi final before being beaten by Luton, having previously knocked out both Manchester United and Spurs. 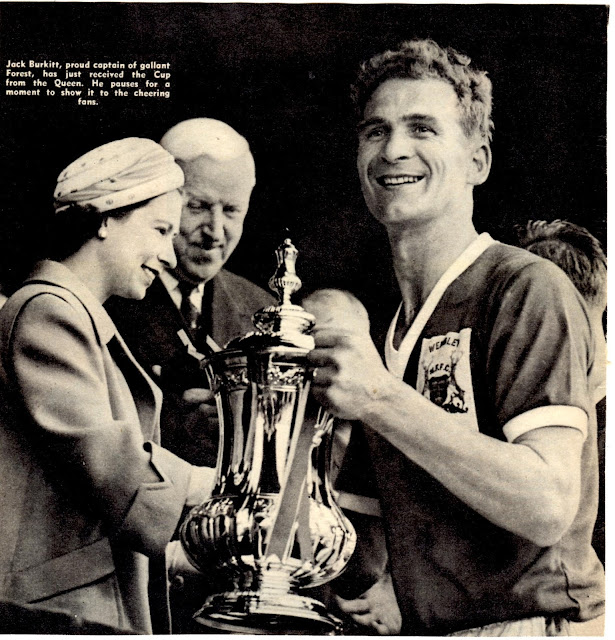 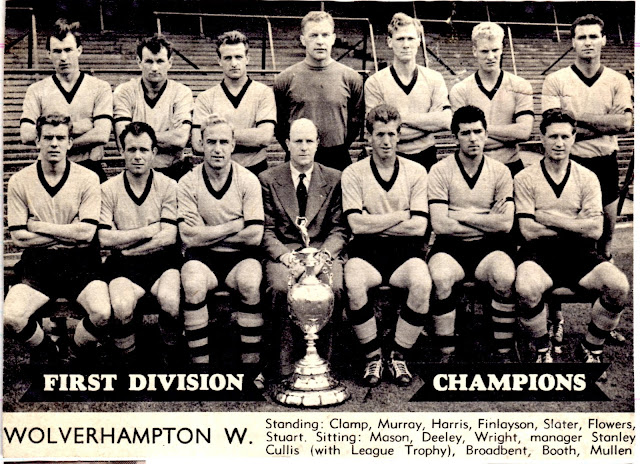 In the second division Sheffield Wednesday were champions and promoted alongside runners up Fulham. Leading goal scorer in this division was Brian Clough, then with Middlesborough.
Grimsby Town and Barnsley were relegated to the third division. 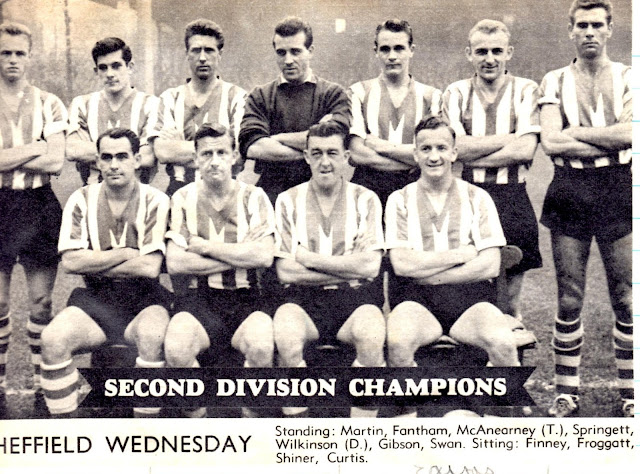 Third division champions were Plymouth Argyle who were promoted together with runners up Hull City. Leading scorer in this division was Jim Towers of Brentford with 32 goals.
Doncaster, Notts County, Rochdale and Stockport County were all relegated to the fourth division. 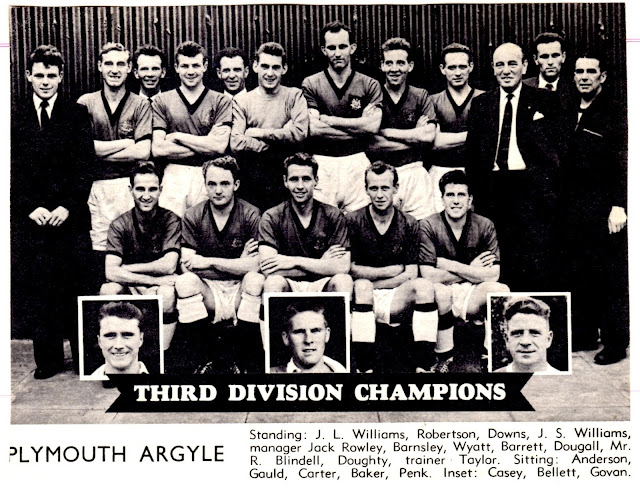 Again as we have already seen Port Vale were champions of division four and were promoted together with York City, Coventry City and Shrewsbury Town. Leader scorer in this division was Shrewsbury's player-manager Arthur Rowley with 37 goals. 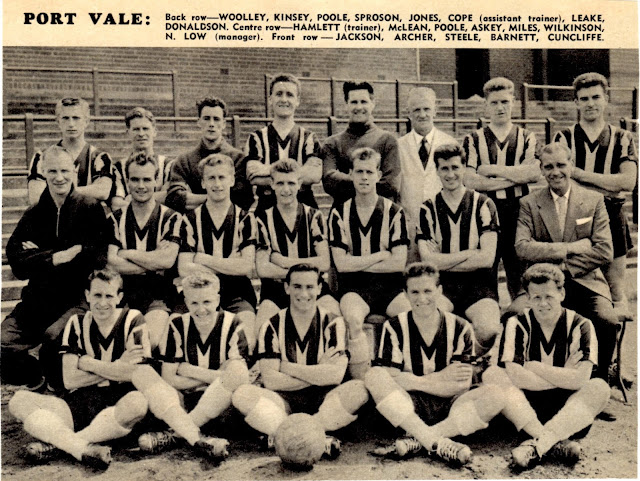 In the European Cup it was Real Madrid yet again for the fourth year in succession taking the trophy. 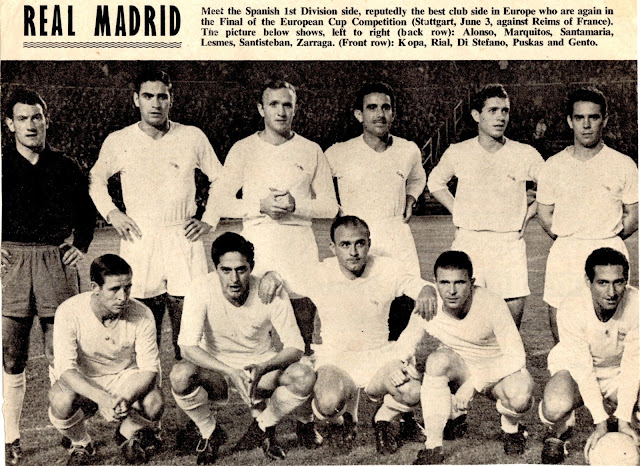 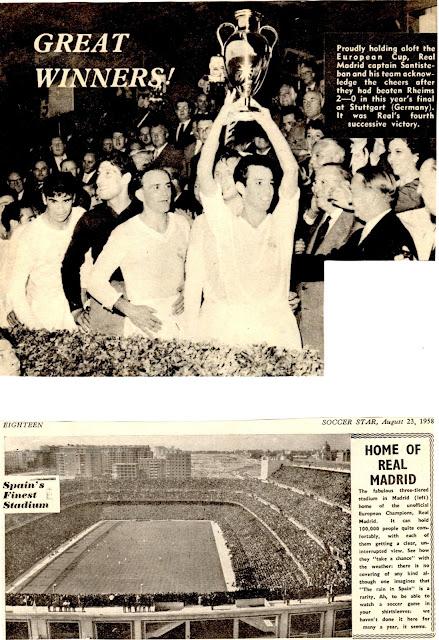