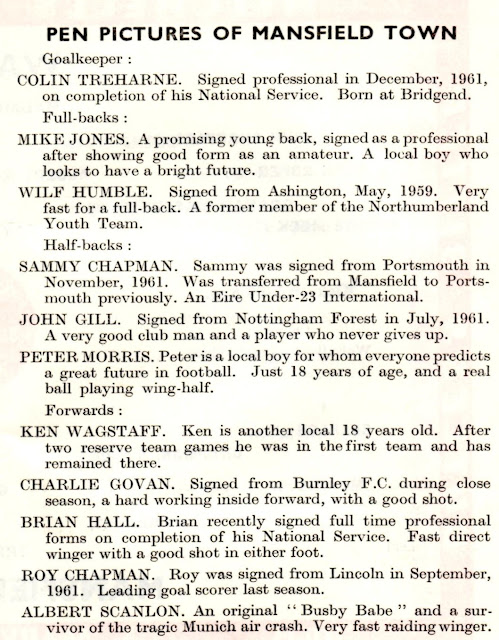 Critics of Walsall's recent poor form demonstrated by putting a placard on the centre of the pitch which said 'you buy or we go' before the kick off. The Saddlers had lost eight of their last ten games and introduced 18 year old goalkeeper David Tennant for his first ever league game.

Matthews, after going close for Walsall early on, put them ahead after only six minutes. It was a sloppy goal with full back Humble mis-kicked and just teed the ball up for Matthews to score with ease. Walsall were well in charge and went further ahead after 13 minutes. Hodgkisson sent a wonderful pass out to Meek on the right wing, who pulled it back from the goal line. Centre forward Wiggin headed it down to Matthews, who hit it on the volley past Treharne.

Scanlon, the former Manchester United winger, had the best chance for Mansfield when he broke away through the middle. However the young Walsall goalkeeper Tennant showed good anticipation to race out and clear the ball. This gave him added confidence which he showed when jumping high to make a good catch from a high centre.

Mansfield did pull one back after 35 minutes when right winger Ken Wagstaff appeared in the inside left position and scored from 20 yards out with Tennant diving the wrong way, either due to a deflection or being unsighted by his own defenders. Mansfield continued to threaten until the interval but Walsall just managed to hang on to their lead. Half time 2-1.

After another period of Mansfield pressure Walsall went further ahead after Foster had been fouled.
From the free kick just outside the penalty area Dudley floated a perfect cross for Roper racing in to head it over the advancing goalkeeper. Mansfield came back strongly again and Tennant was forced into several good saves, doing well to keep out both Hall and Roy Chapman. 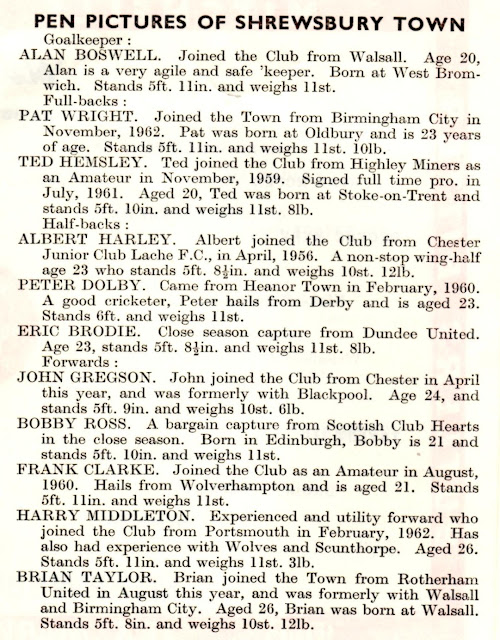 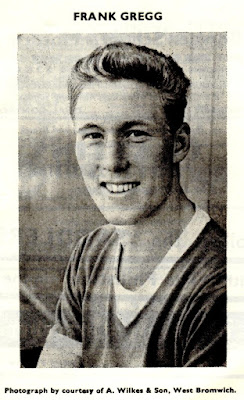 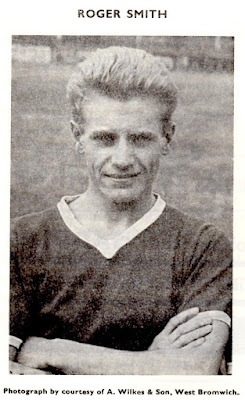 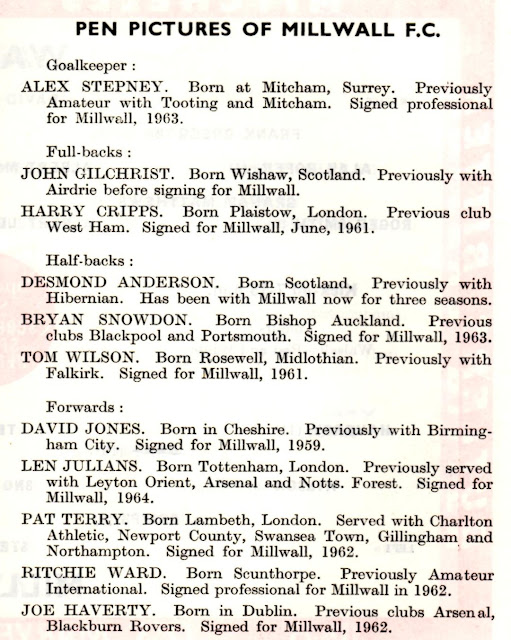 After two good wins against Barnsley and Port Vale the Saddlers slumped to yet another home defeat against a confident Milwall side. Little was seen of new centre forward Bert Llewellyn, signed from Northampton, who scored a hat trick at Barnsley in only his second appearance. 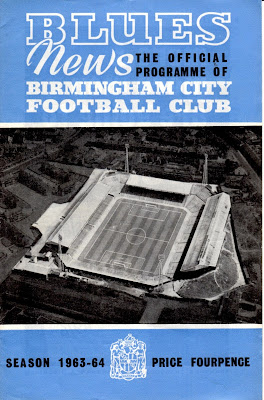 Top of the table Spurs came to St Andrews with a three point lead from Liverpool, who have two games in hand. The Blues on the other hand were just one place above the two relegation spots with only Bolton and Ipswich below them. Since Christmas Blues have only won one game which was a surprising 2-1 away win at Manchester United. Their last two games were both away on Merseyside and they lost to both Everton and Liverpool.

Bertie Auld, Birmingham's Scottish winger, was back after a month's suspension and was soon in the action with an inswinging free kick which Thomson nearly got a touch to in the crowded goalmouth.
Spurs had new signing from Arsenal Laurie Brown at centre forward, although he is normally a centre half who lost his place to Ian Ure at Highbury. He too was soon involved when he headed a Baker free kick over the bar.

Brown had another chance beating TrevorSmith to the ball but Withers made a good save. Somehow the game lacked sparkle and there was little goalmouth action for some time. Greaves was off the field briefly receiving attention to an injury but when he returned his corner led to Spurs eventually taking the lead after 36 minutes. Norman out jumped Beard, the ball bounced awkwardly in the crowded penalty are and Jones scored with a point blank header.

Greaves nearly added to the score with a long range shot brilliantly saved by Withers before Thomson made the miss of the match for Blues. He beat Norman with ease but with only the goalkeeper to beat completely mis-kicked and the ball trickled well wide of goal. Blues had one or two more good chances before the interval but could not convert them into goals. Half time 0-1.

For the second half Blues switched their wingers so that Auld could return to his more familiar position of outside left. After a close range effort from Greaves Birmingham came back hard with Auld much more involved in the action. In the 53rd minute the Scottish winger took the ball from Smith after a fine run up field by the big centre half. He went round Baker on the outside and pulled the ball back into the middle for Thomson to push home from close range.  All square and Blues hopefull of pulling off a surprise win.

However, they failed to continue their pressure on the Spurs goal and eventually after 67 minutes conceded a penalty which Jimmy Greaves put away with ease. Once in the lead Spurs defence tightened up and Blues were really outplayed by the end of the game despite all their frantic efforts to get an equaliser. More trouble for Blues but Spurs even without some of their big names looking good. 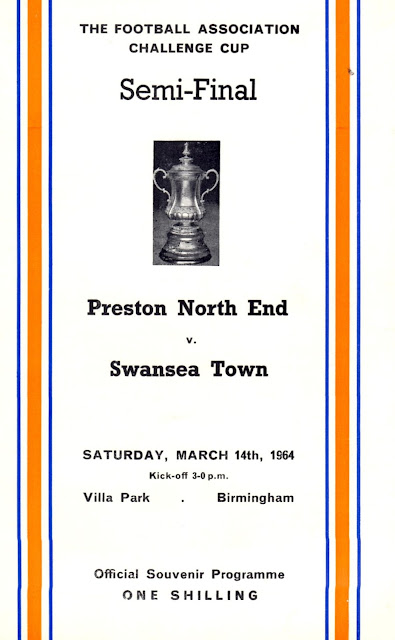 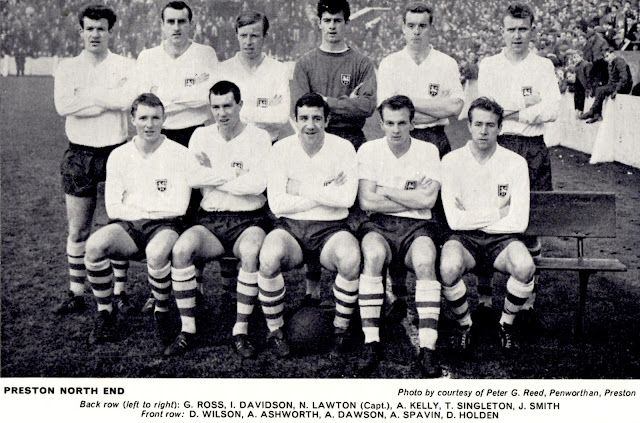 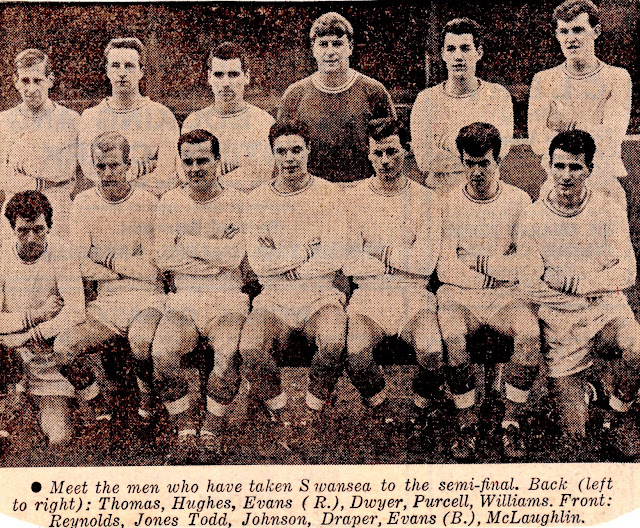 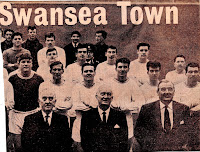 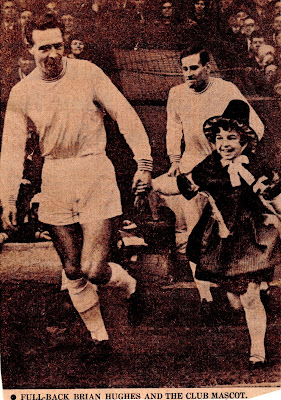 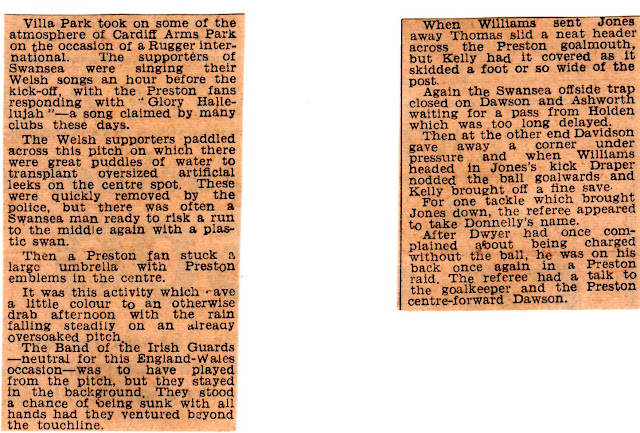 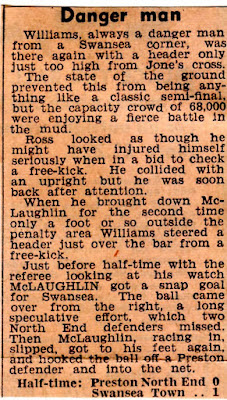 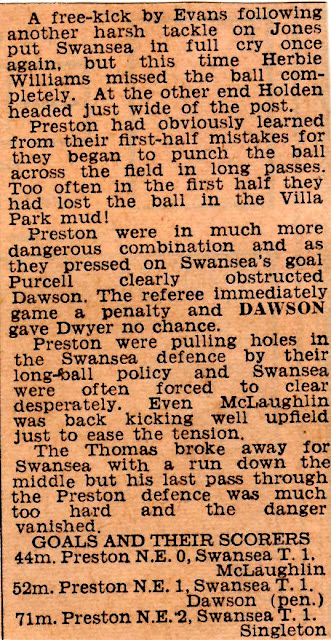 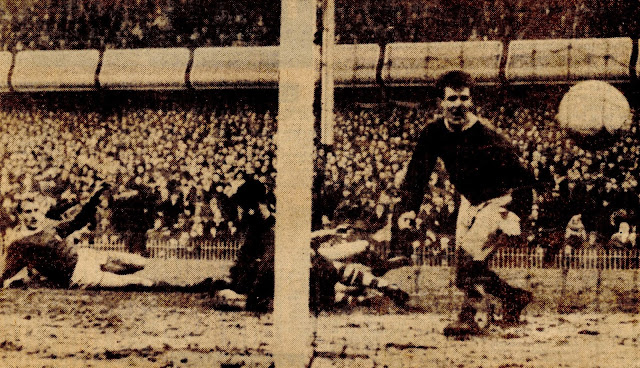 Jimmy McLaughlin left beats Alan Kelly in the Preston goal to give Swansea the lead. 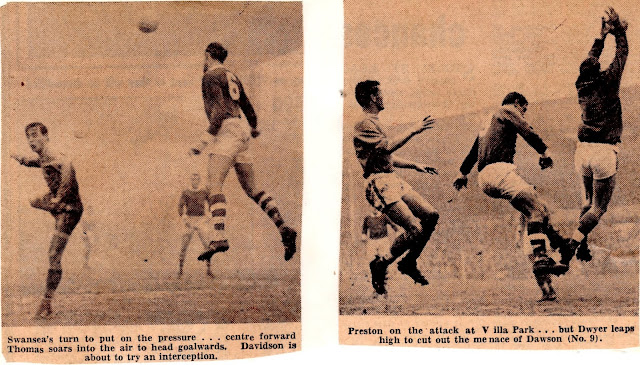 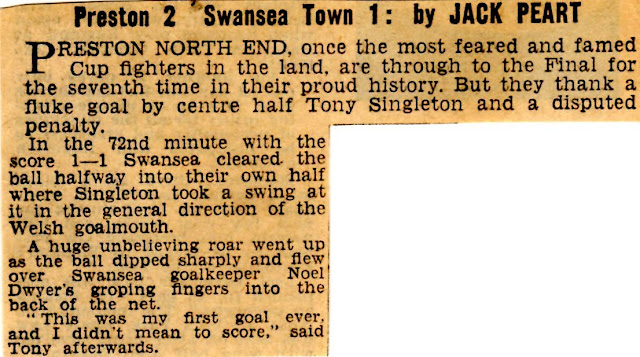 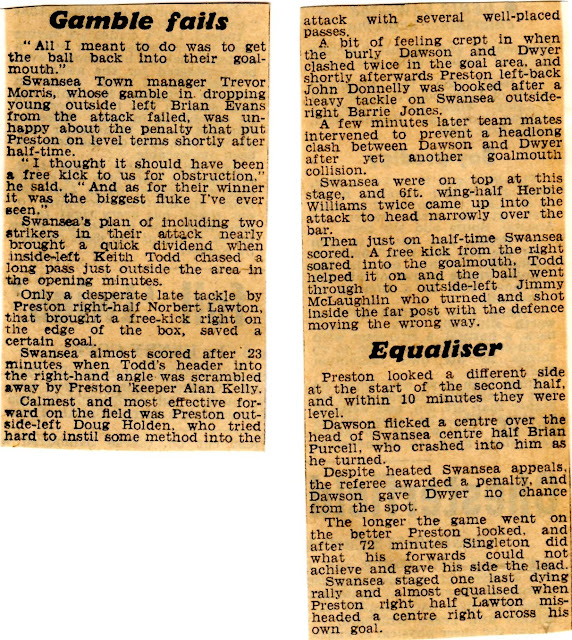