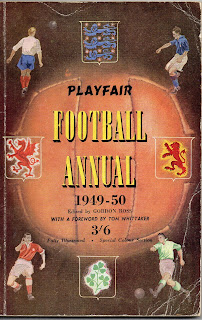 Apologies for the delay in continuing my football marathon, but during the cricket season my full time job is watching and blogging on that sport to the exclusion of almost all else.

However I can now take up the story from October 1949 following my move from Yorkshire to Walsall in the West Midlands, due to my father's job. I was twelve years old but already a football fanatic and the big bonus for me, after the problems of moving schools and trying to learn the local dialect, was the number of teams I could now watch. Not only Walsall, then languishing in the lower reaches of Division Three (South), but Aston Villa, Birmingham City, West Bromwich Albion and Wolves were all within easy travelling distance.

The first clubs I concentrated on were the two nearest, i.e. Walsall and Aston Villa, but in time I watched them all over different periods and this would continue until the end of the 1966-67 season when I moved on again.

Not much information on this game, although I remember Manchester United playing in blue shirts. They had a few changes from last season's cup winning team with Johnny Morris having gone to Derby to be replaced by Scotsman Tommy Bogan. Ball and Lynn were deputising for Aston and Chilton, probably due to injuries. As the score suggests they were still an outstanding side and had no problem taking the points from a poor Villa outfit.
There were some useful players for Villa including Welsh internationals Keith Jones in goal and wing half Ivor Powell. Con Martin was an Irish international centre half, previously with Leeds United and Eddie Lowe had played wing half for England. 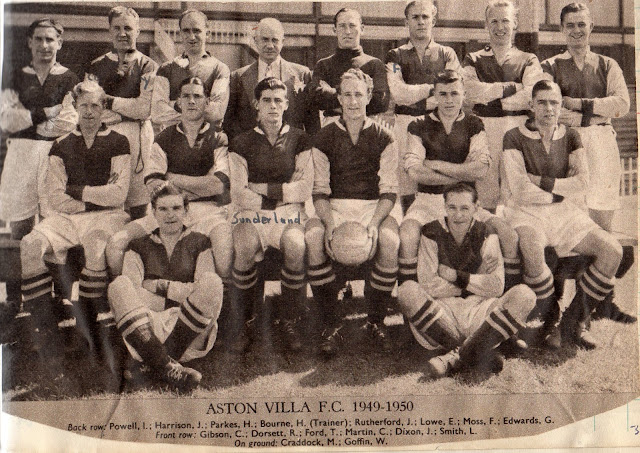 I started my quest to see all the teams in the Third Division South at the compact Fellows Park ground, which was virtually three sided due to the proximity of the laundry wall at the railway end of the ground. Walsall had a rather diminutive goalkeeper in Jack Lewis, who was a very good player and had a lot of work to do during the season. Left back was Bill Skidmore, a Yorkshireman, with a tremendous left foot shot for penalties and free kicks. Reg Foulkes was a commanding centre half and inside forward Johnny Devlin, from Scotland, was the main goalscorer. 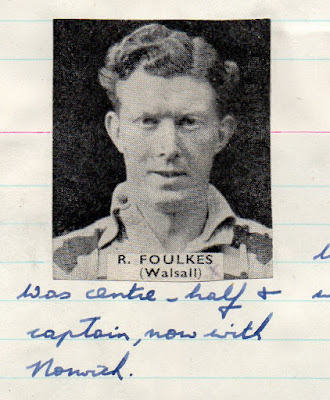 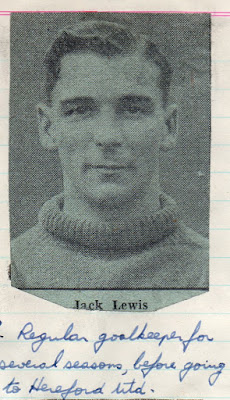 The goalscorer for Southend in this match was Albert Wakefield, who I had previously seen playing for Leeds United. Jimmy McAlinden was an Irish inside forward who played for Portsmouth in the last cup final before the war and later for Stoke City before joining Southend. 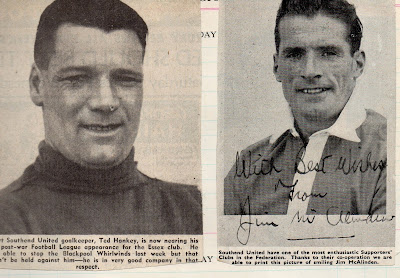 Dickie Dorsett, the Villa left back, had come from Wolves and was a poweful tackler and striker of the ball. Miller Craddock was a young fair haired winger and Colin Gibson had come from Newcastle and stayed for seven seasons. He played for the Football League XI but never quite made it as an international. Trevor Ford, was the bustling Welsh international centre forward and Johnny Dixon was to become one of Villa's regular goalscorers and would eventually captain them to a Cup Final victory.

Neil Franklin, the England centre half, was Stoke's big star and was soon to become embroiled in the Bogota scandal, when several leading players including team mate George Mountford and Charlie Mitten of Manchester United went to South America for huge wages in comparison with what was available in England. 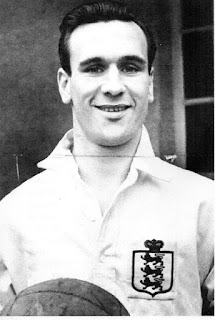 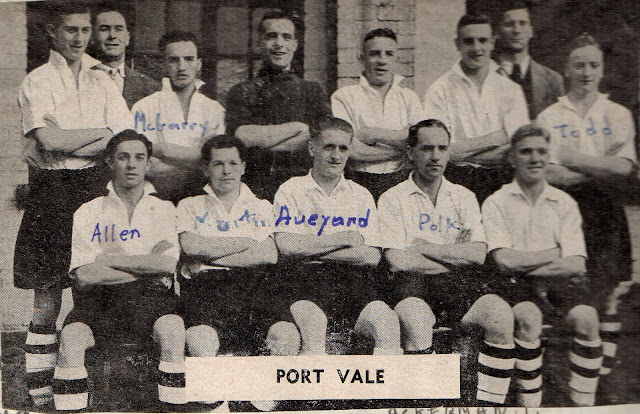 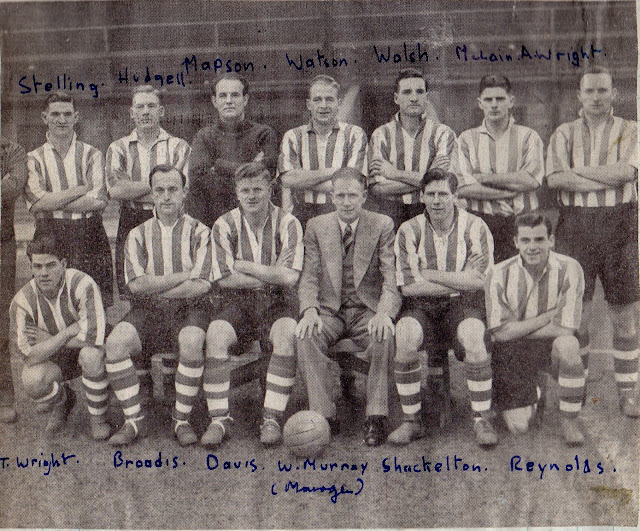 A good win for Villa against a strong Sunderland side, which just could not get it together. Ford, who was soon to join the visitors in a big money transfer deal, scored the first goal and the youngster Miller Craddock the second. Sunderland's two big name inside forwards, Ivor Broadis and Len Shackleton had little impact on the game.Willie Watson, the Yorkshire cricketer, gave his usual polished performance at wing half. 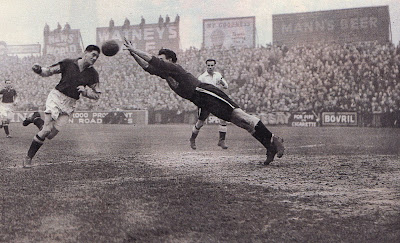 Trevor Ford in action for Villa at Fulham