Walsall continued to tinker with their forward line, although the defence remained unchanged. Reading, with a lot of experience in their team, failed to put up much of a fight. Centre half Gordon Brice was an occasional county cricketer for Northants, Maurice Edelston an England amateur international and Blackman a regular goalscorer at centre forward. 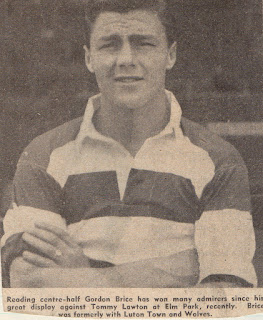 Much interest surrounded the appearance of former German prisoner of war Bert Trautmann in goal for City. He was recently signed from St Helens Town after settling in this country after the war. He gave a good performance and only conceeded the one goal of the match from wing half Frank Moss.
Despite some initial protests Trautmann went on to become a folk hero at Maine Road, making more than 500 appearances for City. 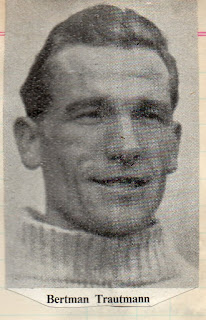 Christmas Eve brought promotion favourites Notts Forest to Fellows Park and they cemented their position with a comfortable victory with two goals from Wally Ardron, signed from Rotherham, who is well among the goals at the half way point of the season. Another new signing Tommy Capel from Chesterfield also looked useful. 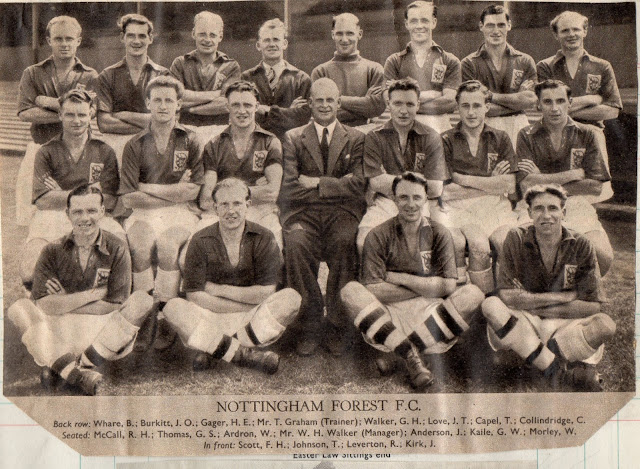 This Christmas local derby produced by far the biggest crowd I had ever seen and I was restricted to a long distance view from the very top of the Witton End terracing.
The home side were no match for the powerful Wolves team, even without England captain Billy Wright and outside right Johnny Hancocks.
Roy Swinbourne, the young tall centre forward from Yorkshire, soon made his mark with two goals and veteran Jesse Pye and Irish international Sammy Smyth scored the others. Johnny Dixon scored a consolation goal for Villa. 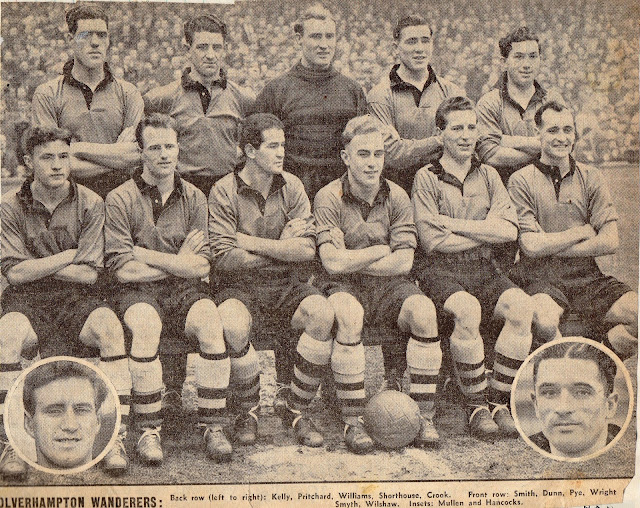 With both sides already knocked out of the F.A. Cup they took the opportunity for some much needed match practice.

A hard earned point for the Saddlers against a strong looking Canaries side.

For once the long suffering Villa supporters went home happy. Four goals in one game almost unheard of in recent times. Billy Goffin appearing at inside left instead of his usual left wing role and helped himself to two goals against a Middlesborough side struggling without several big name players. 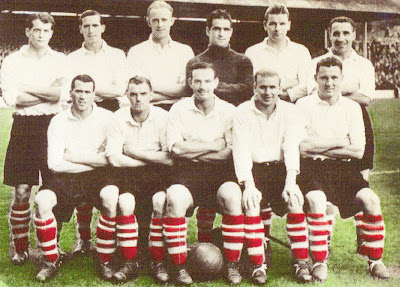