Just a note for both new and old readers as I re-commence my marathon task of listing all the games I saw between 1946 and 1980. I am otherwise engaged during the summer months, busy writing a regular cricket blog (ckcricketheritage.blogspot.com) but now the season has ended I can re-start memories of football from long ago. Season 1968-69 sees me living in Matlock, Derbyshire  as a single parent with a two year old boy, who was introduced to the game at an early age and still follows both Derby County and Matlock Town to this day.

I had now said goodbye to the West Midlands for good so perhaps should say my farewells to Walsall F.C.who I had watched for so long. Here is their team for the new season. 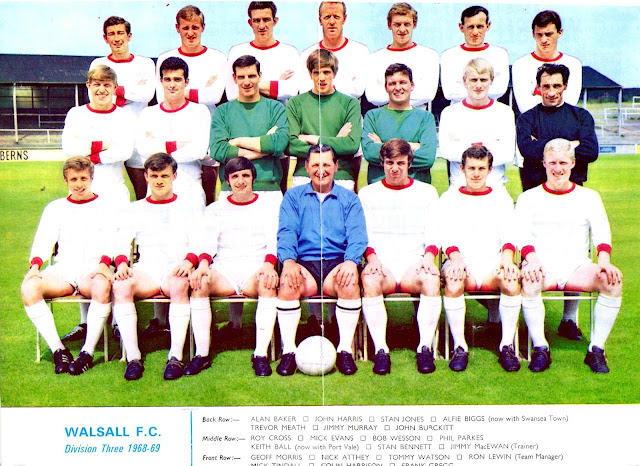 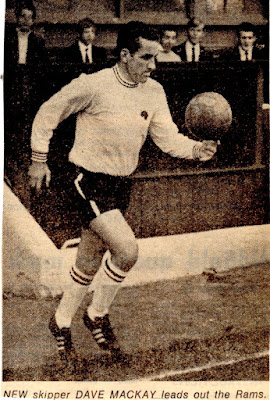 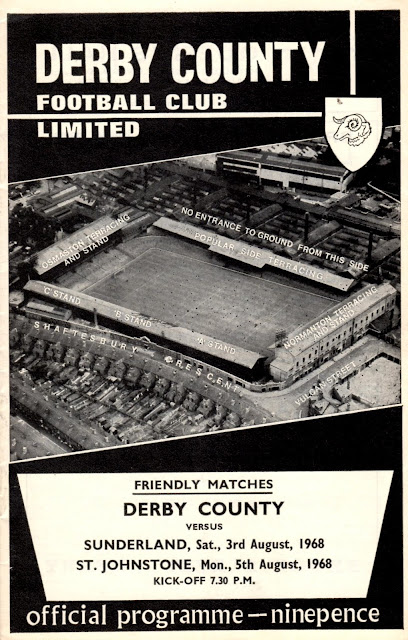 This pre-season friendly between Derby County who finished fifth from bottom of the Second Division last season and Sunderland who were well into the bottom half of the First Division table, gave an opportunity for the Derby faithful to welcome their new captain Dave Mackay, signed from Spurs. The Derby management team of Brian Clough and Peter Taylor were looking to the Scottish international to be the man to lead the Rams back to the First Division. 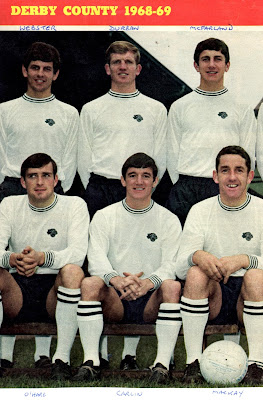 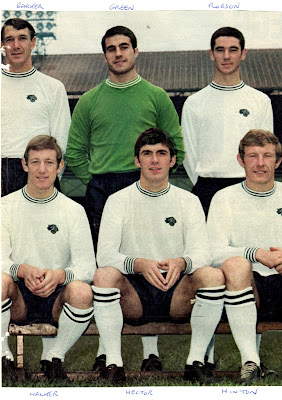 Second Division Carlisle were often hard pressed to hold a lively Chesterfield side in this friendly at Saltergate. Chesterfield frequently created open spaces in fron of goal but they were badly let down by poor finishing.

Carlisle took the lead in the seventh minute when full back Lumsden turned the ball into his own net and in the 61st minute centre forward Hugh McIlmoyle made the game safe with a well placed header. Five minutes from the end McIlmoyle was unlucky with a header which struck the underside of the crossbar and rebounded into play. 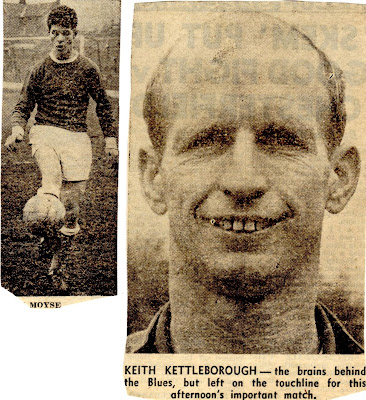 LEAGUE DIVISION ONE AT THE DELL, SOUTHAMPTON

A business trip to London during the week, meant that I could take a train to Southampton on Saturday for a day watching Hampshire county cricket team play Australia, before an evening kick off at the Dell, just down the road, to see Southampton v Leeds United. 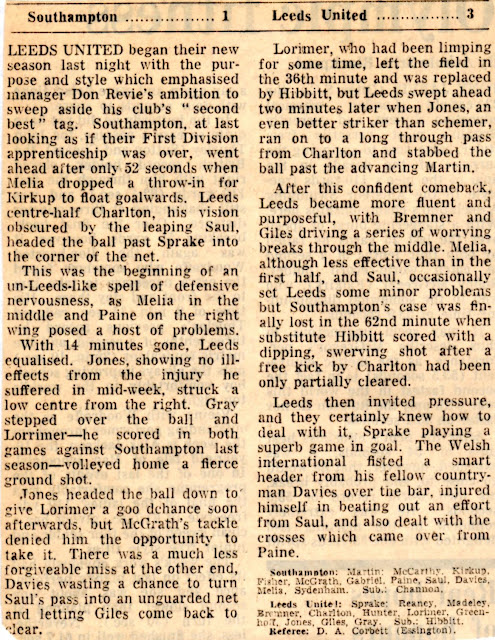 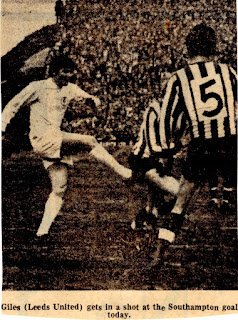 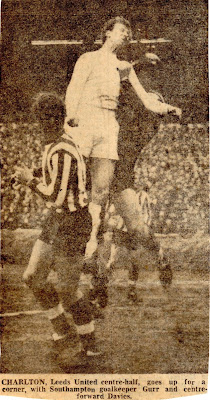 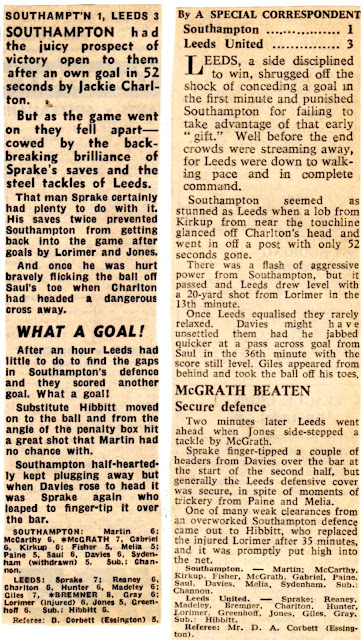 LEAGUE DIVISION ONE AT HILLSBOROUGH, SHEFFIELD 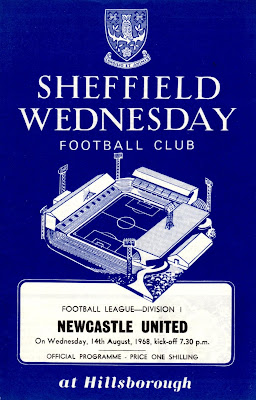 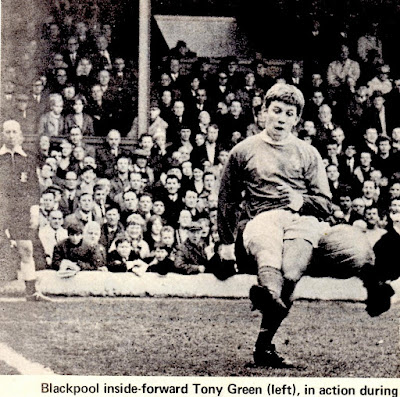 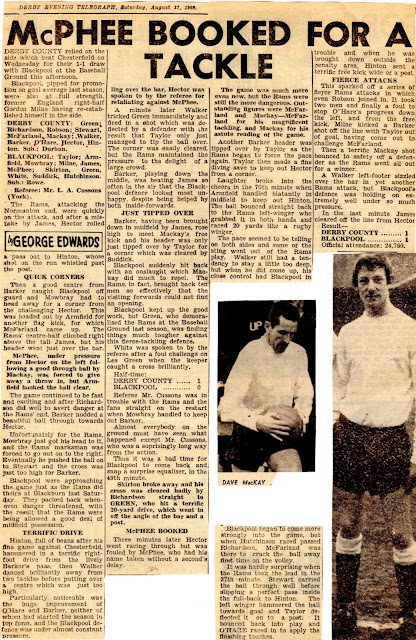 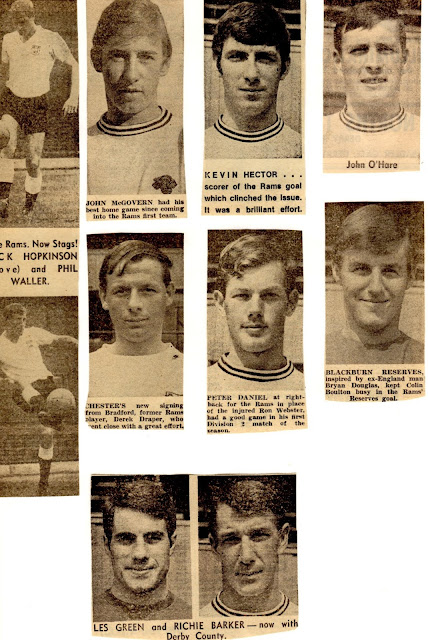 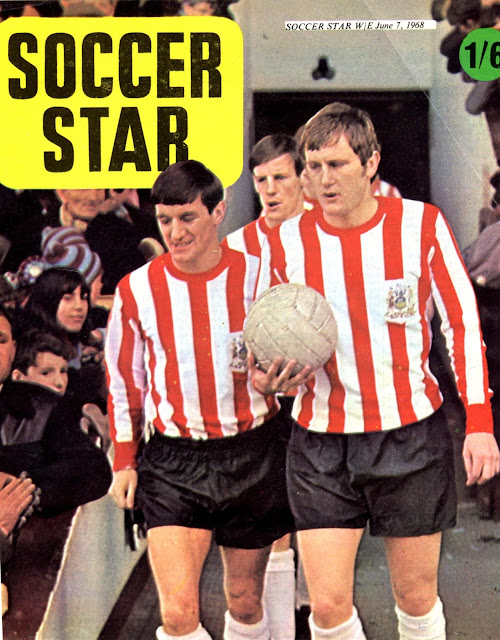 Len Badger leading out the Blades. 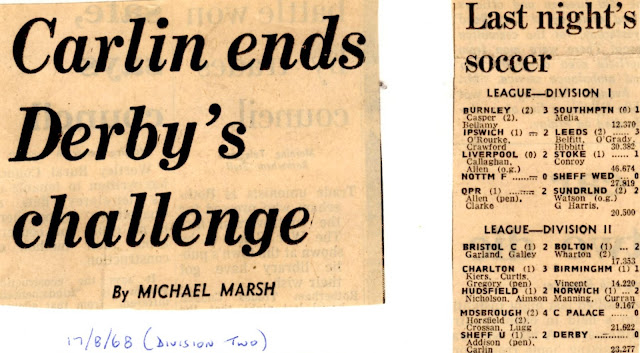 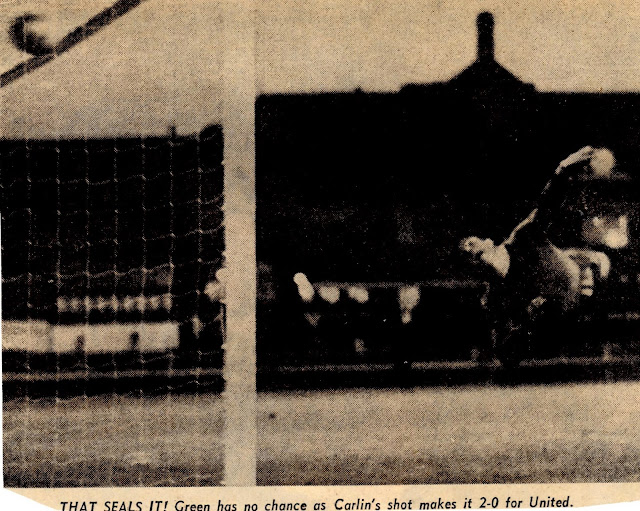 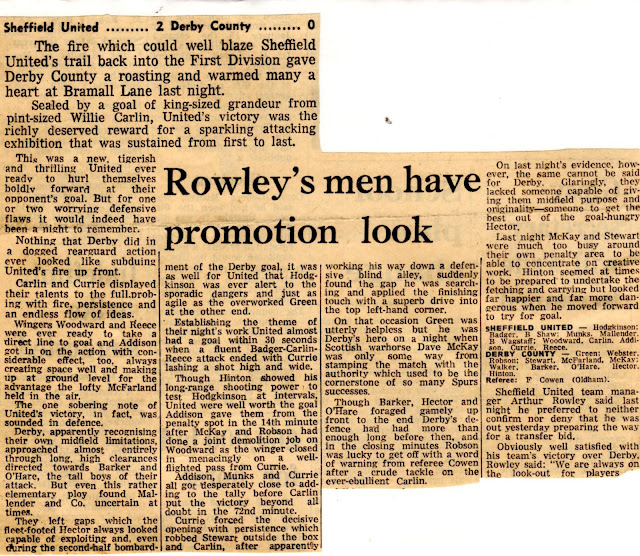 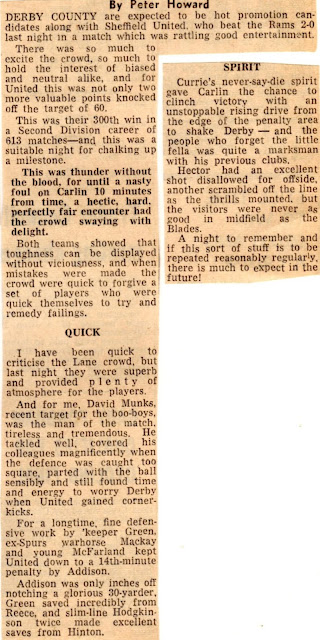 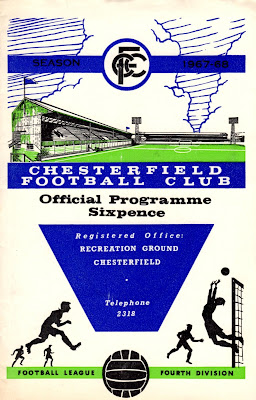 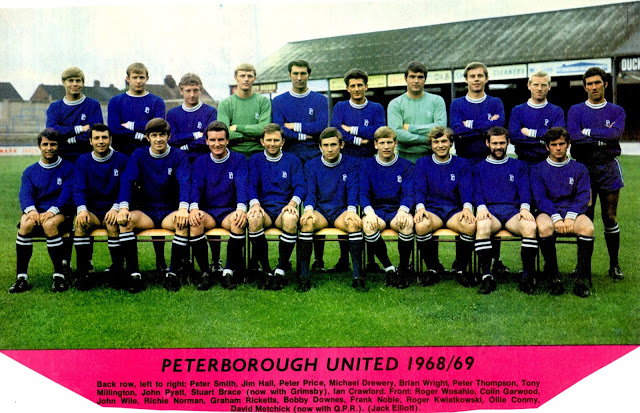 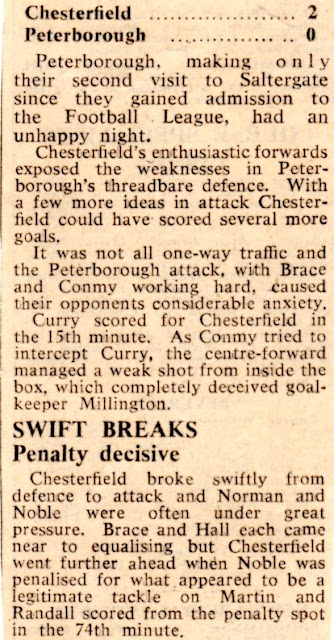